In 1999, a new large subdivision was created in Red Wing called “Med Tech Park” on farm land overlooking the city.  Today this area is referred to as the River Bluffs Business Park.  Fairview Red Wing Health Systems originally purchased and platted the property in cooperation with the City of Red Wing and the Port Authority.  The Fairview hospital facility opened in 2001, which was later purchased by Mayo Clinic in 2012.  Today, the 250-acre subdivision is nearly 53% developed with remaining vacant land owned by private parties and the City.  The total county estimated market value of all developed property is $63.3 million (including Menards, but not including Walmart).

The City owns 42 vacant acres within 7 parcels available for development.  One 8-acre parcel is designated for multifamily housing, which has a purchase agreement executed with Keller-Baartman Properties for one or two apartment buildings.  Another 17-acre parcel is designated for light industrial and classified as “Shovel Ready”, immediately ready to develop with extensive site information.

One light industrial business that located in River Bluffs was Hydrocontrol, Inc. in 2009 on a 3.4-acre parcel previously owned by the Port Authority.  Hydrocontrol is a leading global manufacturer of hydraulic valves with its corporate office based in Italy.  The 20,000 square foot building was assisted through the previously operated state JOBZ Program.  The Red Wing Republican Eagle reported on July 1, 2008 that this company’s president chose Red Wing (over Lakeville) because he “likes the business park, particularly the quality, attractive buildings the covenants set down by the original landowner”.  As shown in the picture above/right, Hydrocontrol constructed a very attractive industrial building. 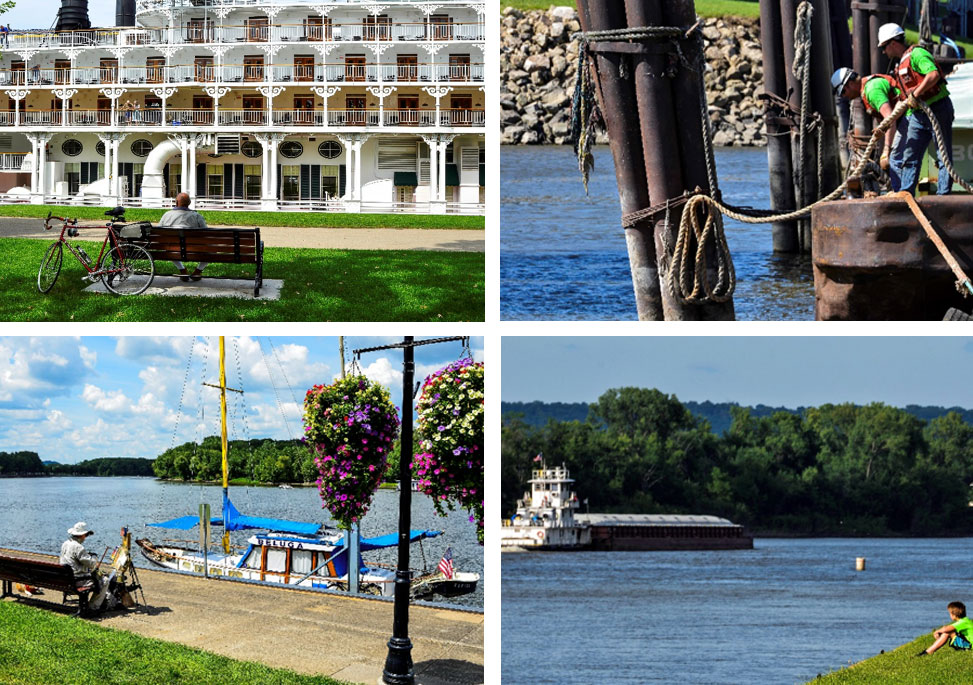 Red Wing is one of four active waterway ports in Minnesota, which also includes Winona, St. Paul and Duluth.  This Mississippi River port is active in relationship to commerce (barges) and tourism (riverboats).  Three local teams are activity working on the Levee Park Riverboat Dock project that relates to the $4.4 million capital bond approval by the 2017 state legislature.  These teams include Project Management, Public Advisory and Stakeholder representation.  The goal of this planning process is to design and construct additional docking space for riverboats and transient boats near Levee Park.  Design components also include ways to move pedestrians, automobiles and service vehicles around these boats and through the park when boats are docking at Red Wing.  Any change along the riverfront should not impact existing/future barge activity, including facilities for Red Wing Grain and ADM.

During my first summer working in Red Wing, I observed significant positive activity along the river, as shown in the pictures above.

Each year, the Red Wing City Council honors the city’s namesake, “Hupahu Duta”, or Chief Red Wing.  On October 9th, the City Council proclaimed that day Chief Red Wing Day.  We are fortunate  to have the Dakota legacy as an important element of the cultural and economic landscape in Red Wing.