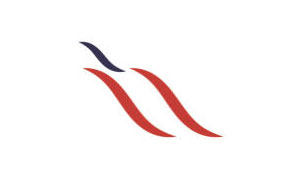 The American Ski Jumping museum is located on the mezzanine level of the St James Hotel.  Red Wing is a beautiful town any time of year, nestled below a huge bluff on the Mississippi River.  If you can make it for the induction ceremony, or at any other time, please visit the museum in the hotel, and take some time to explore this beautiful city.In the year 1887, the sport of ski jumping was in its infancy in the USA.

Norwegian immigrants had brought this sport with them to America, and it caught on in a number of communities with significant Scandinavian populations, and with hills conducive to this exciting sport.  While there’s some disagreement as to where the first actual competition was held, Red Wing was the scene of a tournament won by Mikkel Hemmestvedt, who flew the great distance of ... 37 feet.

The sport thrived in communities large and small, but the number of jumpers dwindled when recreational skiing became popular in the 1950s, and other winter sports also gained in numbers of participants.  Still, ski jumping has continued to thrive in a number communities scattered throughout “snow country” in America.